This also fundamentally includes the fixed wiring in your property which is supplying electricity to the outlets (sockets), which in turn supplies power to your appliances. As such, there will definitely be times when you will notice that things don’t seem to work properly; your electrical circuit might be faulty or displaying abnormalities which are usually highlighted by a tripping fuse. When you notice such irregularities, call a local approved electrician who can help you fix any faulty electrical circuit. Perhaps explore opting for Grovebell Electrical; we will provide you with qualified electricians who you can count on to get the job done. 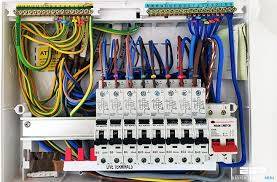 You may wonder, however, how does one exactly fix a faulty circuit? There are a few different ways through which you can fix problems like short circuiting, overheating and excessive flow of voltage –all depending on the type of circuit, its quality and the intended function of the circuit. Normally, a local approved electrician would go through the following series of action to effectively solve the problem: 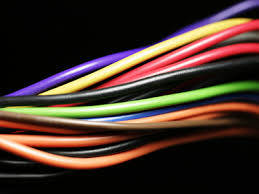 This close inspection of electrical equipment or objects is what will allow an electrician to identify and label the fault that has presented itself. In most cases, it is easy to define the problem since all the faults manifest in some sort of malfunctioning that can be seen, heard, smelt or felt even.

Figure out the cause

Once the faults have been identified, and labeled, the next logical step is to ask, ‘what caused this to happen?’

Components that have burned out, like switches, fuses, coils, and motors, will often be due to fluctuation or excessive intake of voltage. If they find that the problem is with the connection then it is likely that there is a problem with the wiring. They could potentially have been worn out or damaged which leads to a disruption in the flow of current thus causing your equipment to become faulty. 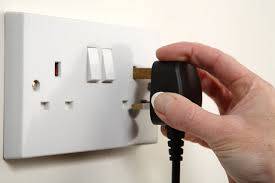 Once a circuit has been repaired and switched on, a local approved electrician will do a simple recheck. Any devices, appliances or equipment will be powered to check if it’s functioning the way it is intended to. If it works perfectly, then everyone will now that the job has been done right and that the problem is fixed. However, if there are still some faults, additional checks will need to be carried out to assess the situation. More often than not, a circuit may have more than one fault which requires a more meticulous approach.

EMERGENCY ELECTRICIANS in London
You never know when your circuit will start to malfunction and you need an emergency electrician to aid in the diagnosis and repair. It doesn’t matter what time of the day it is, or what day it is in fact, you can count on Grovebell Electrical’s 24-hour emergency electricians to provide you with the services of excellent, qualified, and trained electricians. All you have to do is give us a call on 0207 209 8137 or email us at enquiries@grovebellelectrical.com